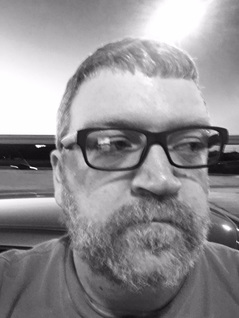 Hi, my name is Mike McMahan and I am a psychotherapist in San Antonio, Tx. I graduated from Our Lady of the Lake in 2011 with a Master's Degree in Counseling Psychology. I hope that by exploring this website you can learn a little about my worldview, counseling theory and approach and the ways I can help you change your life.

Some readers might be thinking “I thought this was a psychotherapist's site. What’s with all the Freddy Krueger and Inside Out stuff?” That’s actually a great question, and the answer encompasses much of what I’m trying to achieve in my private practice.

The first answer to the above question lies in a statistic. Studies have shown that 80-85% of success in psychotherapy boils down to two things: the client’s willingness to change and the strength of the rapport between therapist and client. If you read this blog, it is immediately apparent that I am enthusiastic about reading, listening and watching all sorts of media. The client’s willingness to change is around 40-45% of the success rate mentioned above. As I am currently in private practice, many of my clients have already reached this threshold of deeply wanting change in their lives. If they haven’t, they aren’t likely seeking therapy in private practice. This is not always the case, however. Sometimes young people attend therapy at the insistence of parents or adults attend at the behest of a spouse. In this case, they may be less willing to change. The level of change a client wishes to embrace when they walk through the door is not something I can control. But the strength of the rapport (which also accounts for 40-45% of success) is well within an area I can control. When I first started as a therapist, I realized through experience that when I could engage clients through music, movies or books, they tended to thrive in therapy. I attribute this phenomenon partly to the statistic mentioned above. People enjoy talking about pop culture and media they enjoy—for example, see Facebook, which has become a national watercooler. Your news feed was likely clogged with euphoric nerds (like Yours Truly) exploding with enthusiasm when the recent Star Wars trailer hit the net. It seems almost self-explanatory at this point, but talking about people with things they like tends to increase my rapport with them, which gives them a higher chance of achieving personal goals via psychotherapy.

The second answer to “what’s with the pop culture stuff?” lies in the theoretical orientation that underlies my psychotherapeutic approach. That’s a fancy way of saying “it’s what I do.” Both theories that I primarily work from (Narrative Therapy and Solution-Focused Brief Therapy) fall under the umbrella of postmodern therapies. One of the tenets of postmodernism is that language defines our reality. Beyond that is the idea that we tend to group information into stories or narratives. This idea has been widely embraced, and can be seen in the way we talk about politics and politician’s efforts to “shape the narrative.” Consider the following example: Two friends from San Antonio take an afternoon road trip to Austin for BBQ. You speak to each of them alone when they return. The first says “the trip was terrible. We had a flat tire, there was a lot of traffic and it was really hot and the A/C in the car was not working very well.” The second friend say “the trip was great. The BBQ was so good and I loved getting away for the afternoon. The drive gave me a chance to really talk and catch up with my friend. It’s been forever since we did that.” Who is telling the truth? Postmodern theory argues that the answer is both: they simply chose different elements to make up their narrative.
​
This story serves as a simplistic illustration of what I do. As people, we can sometimes become locked in a negative or undesirable narrative, and as a therapist I work to create something that more accurately highlights positive or more desirable elements. Together, in collaboration with my clients, I look at the stories they enjoy and what elements really strike a chord with them. Then I look at their personal stories and, in collaboration, determine what might be missing or left out. Characters in stories have goals (get the treasure, kill the dragon, fall in love with a significant other and so forth), and so do clients in psychotherapy. Together, my clients and I look at how they can identify admirable traits in characters and in themselves and how these traits can be used to shape their narrative for their desired outcome.

So you tell me: what’s your story?